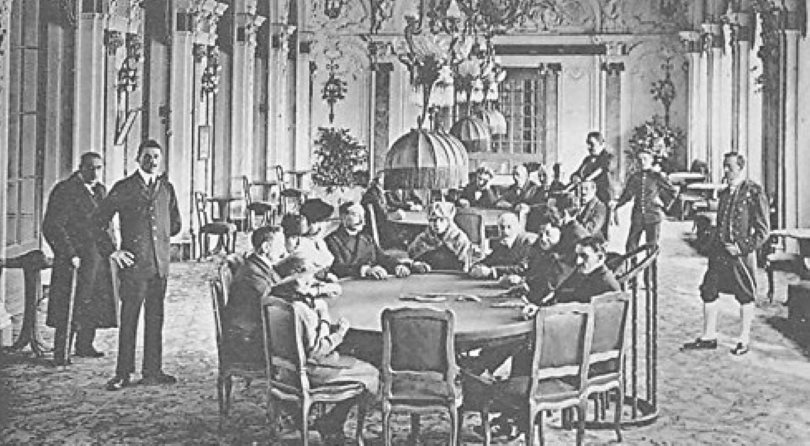 Find out about Baccarat’s European roots.

The Origin Of Baccarat

The word Baccarat is derived from the Italian word ‘baccara’, meaning zero, and refers to the zero value given to all of the face cards and tens. In Europe, the game of Baccarat remains one of the most popular casino games. The game of Baccarat is enjoyed by all social levels and can be found played in locals cafes as well as the most prestigious of royalty events.

An early version of the game was played with a deck of Tarot cards dating back to the middle ages. While Baccarat originated in Italy around 1490 it became the game of choice for the French nobility by the early 1950s.

Baccarat evolved into the French game ‘Chemin De Fer’, which translates as ‘Street of Fire’. The French game introduced the words ‘Banco’ – which means they are betting the total value of the banks funds and all other bets are withdrawn, ‘Cheval’ – which means other players at the table may bet on either hand, as well as ‘Non’ for standing and ‘Carte’ which means the player would like one more card.

Many American casinos have adopted the French terms used in the game to further the image of Baccarat as a glamorous game. European Baccarat is another variation but follows the same rules as the other versions of this game.

What is known as American Baccarat actually originated in England and spread to South America. The version of the game that is played today came from the Capri Casino in Havana, Cuba.

When Baccarat was introduced to Nevada in the late 1950s, local casinos attempted to instill the glamour associated with the European game. In most casinos, Baccarat was played in a roped-off area and was closely monitored and sometimes even guarded

A number of casinos have installed a smaller version of the Baccarat game, called Mini-Baccarat and it is played on standard blackjack-sized gaming tables using the same rules. The table is staffed by one dealer who is responsible for handling the cards.

The layout, however, conforms to the regular Baccarat table and each of the seven seat positions correspond to a number and betting box with spots for banker, player, and tie. Lacking the formality and large group of players, Mini-Baccarat is played fast and is an ideal place to get familiar with the game.

While Mini-Baccarat may not be held in the same esteem as the parent game it still enjoys great popularity with the novice players.