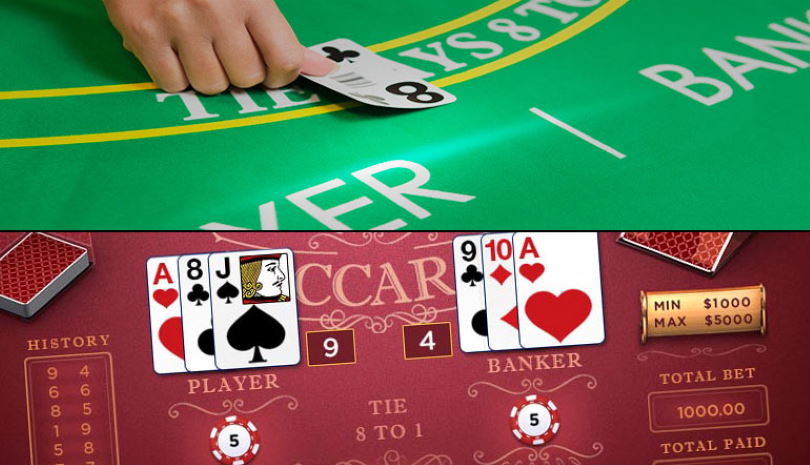 Baccarat is known as the card game of the rich and famous. Baccarat was so enigmatically linked with the wealthy upper classes and rich and famous and as a result many people shunned the game its triumphant emergence online.

Baccarat is one of the easiest of casino games to learn and play and can really generate some excitement when played at an online casino. There is no skill involved in the game as the rules determine each hands action. The only variable involved is the betting. In short, Baccarat is a game of chance.

The origin of Baccarat

Baccarat is thought to have originated in either France or Italy during the middle Ages. The word baccarat is a derivative of the Italian word for zero. In the middle ages the game was played using Tarot cards as opposed to the modern day card used today.

As Baccarats popularity increased across Europe, as with most of the other forms of gambling in those days there was some rigorous opposition from the Church. The Church viewed Baccarat as the game of the devil and those who played it were carrying out the devil’s work.

Tarot cards were first used in a game of Baccarat by Felix Galguiere. The Etruscan nine gods are said to be the basis for Galguiere’s version of the game. In this early edition of Baccarat, dice were rolled to determine the fate of a woman since the nine gods required the sacrifice of a blond virgin.

A roll of either an eight or nine made her a priestess; a six or seven and she was banned from religious activities; a number less than six and she walked into the sea and disappeared.

This early Baccarat variant became the game of choice for the upper classes and aristocracy and eventually evolved into ‘Chemin de Fer’ and European Baccarat it is thought that this took place at approximately 1500.

The game, even though extremely popular, was illegal at first, as any form of gambling was. Eventually, the government made it legal and placed taxes on it. This made the game even more popular because people could rationalize that they were doing something for the good of the poor when they played baccarat thanks to the tax involved.

The game began to lose its popularity during Napoleon’s reign when it was again outlawed. It remained illegal until the early 1900’s. At around this time many of the grand casinos were established along the French Riviera.

This version is the one that eventually made it way over to America but was a different version of the game that came from England. Baccarat was legal in England during the period that it was illegal across the rest of the Continent.

The English version of Baccarat reached the shores of Argentina in early 1950, where it was called ‘Punto y Banca’. When the game eventually reached Havana, the aim of the game had differed somewhat as now the player played against the house. It is this version, American Baccarat that was played in the casinos in Havana.

The Capri Casino version is the Baccarat variant that migrated to Las Vegas in the mid 1950s via Francis Renzoni, after a Las Vegas casino opened a baccarat pit. The game began it new life in America as an unpopular addition to the casino game selection. Las Vegas adapted the game and made the banker the UK casino or house position. This made it possible to bet for or against the house with the banker position. This is the Baccarat variant that is now so popular in the United States, England and Australia.

Before the game of baccarat had reached Las Vegas, it was already being played in New York and Florida. The game was played at the Saratoga race track and at the Palm Beach resort in 1910, forty years before it was played in Las Vegas.

Since its origins in the Europe during the Middle Ages, Baccarat has steadily made it’s way across each continent eventually becoming one of the most famous and respected casino games in the world.

Conclusion of the Baccarat versions

There are variations in play depending on the location at which you are playing, so it is always best to check the house rules. And, as so may other forms of gambling, baccarat has made its way onto the internet. Most online casinos offer baccarat games with some variation in house rules; the biggest I have found is that there are only two hands: the banker and one player. Again, it’s advised to check the house rules before you play. Some online casinos also play the game with a single deck of cards, which is unusual in a land-based casino.