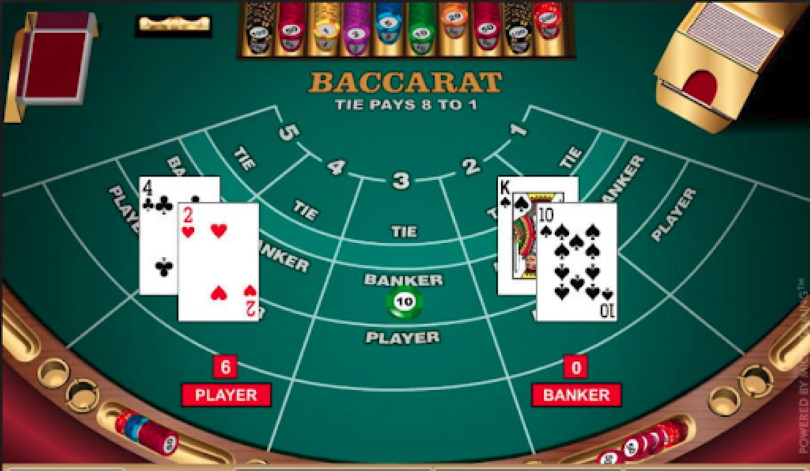 A review of various baccarat and craps gambling systems.

Any Baccarat or Craps System must consist of two parts:

Bet selection is defined as the process of selecting the winning decision (player or banker) in baccarat or (pass or dont pass) in craps. There are many methods favored by seasoned players. Some like to follow the shoe in baccarat or the roll in craps.

By this we mean, the player bets the same as the preceeding decision. Another favorite method of picking which side to bet on is the decision before last. Pattern recognition entriques many players as they search for compelling patterns. Streak play has sponded many systems in the baccarat game.

The shoe in Baccarat

Baccarat seems to hold out the most hope to the mathematically inclined. Since the game is played out of a shoe that is generally not reshuffled until a baccarat game has been concluded. The math types declare there is dependency in the baccarat game.

Card counting pioneered and used successfully in blackjack was attemped in baccarat. The result was slightly positive but very disappointing as the player advantage was very very slight. My advise on baccarat card counting; dont waste your time, it wont work. Other methods of extracting the ‘dependency’ from the baccarat game have been explored.

Testing Your Baccarat and Craps Systems

Dr. S.H. Johnson performed extensive computer research using large volumes of live baccarat data. He studied thousands of reoccuring patterns in relation to the dominence of the shoe (banker or player) at the time the pattern occurred. He was able to extract an advantage only slightly less than created by card counting in blackjack.

Dr. Johnson reports the practical limitation of this baccarat strategy is the very infrequent occurence of betting opportunies. This strained the casinos patience when he set out two thirds of a shoe before placing his advantaged play. The play required very large bets and a large bankroll to generate a modest profit. The good doctor concluded the strategy was more of a moral victory that a practical solution to taking the advantage in the baccarat game.

Some players take a unique approach based on the continuity of numbers in a negative expectation game like the baccarat game or craps game. The continuity of numbers concept behind this approach proves out every time we analyze the data on the main frame computer. This is not to say the concept will give you the infallible gambling system. Here is the basic idea. Lets say we went to the casino with a group of researchers and we recorded every roll of the dice at the craps table 24 hours per day 7 days a week for 6 months.

That would amount to thousands of rolls of the dice. Just for discussion, lets say 6 months of continuous recording represents 650,000 rolls or decisions. Now, lets say a individual researcher lives to be 102 years old and for 80 years of his life he went to the casino every day of his life.

Each day he recorded 10 minutes of craps rolls at the craps table (not even at the same table everyday!). Lets say for our little discussion, that the 80 years of 10 minutes a day produced the amount of decisions, the same 650,000 as the group of 24/7 researchers did in 6 months.

Let us take both sets of data and enter into our computer. The computer will analyse the data against the mathematical model of the game. Well analyze the pattern distribution, the occurrence of numbers and all of the percentages. Well calculate the casinos advantage over the player (i.e. – pass line 1.42%, dont pass 1.40%, etc.).

The computer churns for a few minutes and spits out the two reports; Report 1- the ’24/7 for 6 months data’ and Report 2- the ’10 minute per day for 80 years data’. What do you think the differnce will be? NOTHING!! Thats right, the stats and numbers will be the same. Well, what can we learn from this?

As players we play only one big craps game and one big baccarat game (if those are your games) in our life. You form a continuity of numbers that over the lifetime of your play will always attempt to conform to the morphology of the game or the mathematical distribution. At any given time various aspects (patterns and numbers) will be on a deviation from their normal mathematical distribution in the game. For example, let us say in our lifetime game we have played 1,000,000 hands of baccarat.

We know because we recorded everyone of those suckers on scorecards and entered them into our computer after every play session. [the pros call this procedure ‘cataloging their game’] Every night after entering his data, the player cranks up his trusty computer analysis program. A report is derived; he finds out for example, that patterns of seven bank decisions in row are 6 standard deviations behind in occurance in ‘his game’.

The pro player has a coveted strategy for playing the deviations in his game. He knows the deviation IS going to come back to equipartition eventually. IT ALWAYS DOES, eventually! Dont run to the casino yet. The big question is how long absent will the pattern remain before starting to come back into the normal distribution model of the game? NO, I am not going to give you the answer. Something to think about, huh?

Its interesting, the player does not consider a game to be one shoe of baccarat or two hours of craps play but the entire continuity of all the decisions he has played. FACT: This is HIS game; the only game he can ever play. One could say, this shots the heck out of the idea we often hear… ‘my system may not win over the long haul but I am only going to play a couple hours a day so that doesnt matter’.

In these negative expectation casino games you cannot escape the continuity of numbers over an ever increasing exposure to the game.

Billion dollar casinos are built every year on the impregnable morphology of these negative expectation games (reserving the dependency argument in baccarat and that strategy you may develop!) We suggest that you initiate your baccarat or craps system design and testing with a concentration on your bet selection methodology.

By that I mean, as you test your strategy, use a flat bet or neutral money management. A flat bet means the bet is the same amount on every hand of baccarat or on every roll of the dice.

Can we still play even though we dont have a positive advantage? YES! Its called gambling. When you have a player advantage it really isnt gambling is it? Most recreational players play without a player advantage. The system you play and how you manage your money are critical if you are to realize some nice winning sessions and not lose all your money everytime you go to the casino.

Actually you could be a lifetime winner without a player advantage if you went to the casino table, got on an incredible streak of luck (it does happen) pressed (progressed) your bets to the max. When you’re $35K ahead you quit and never gamble again! Congratulations you just kicked the casinos butt!

This is not going happen with most of us. We will be back! We better develop a system that is either advantaged or close to it and have a money manage system that limits our exposure to only a small percentage of our bankroll. Most professional gamblers use a percentage money management system.

If you cant control your impulses and emotion, dont waste your time with gambling. You’re embarking on a great challenge. Like anything else worth doing, you must pay your dues. Then and only then can you become one of the few real winners! Enjoy!